The Prophet (peace be upon him), during his Last Sermon in Mina, said: “O people! Your Lord is one Lord, and you all share the same father. There is no preference for Arabs over non-Arabs, nor for non-Arabs over Arabs. Neither is their preference for white people over black people, nor for black people over white people. Preference is only through righteousness.” Then he said: “Have I conveyed the message?” and the people declared that he had. (Ahmad) 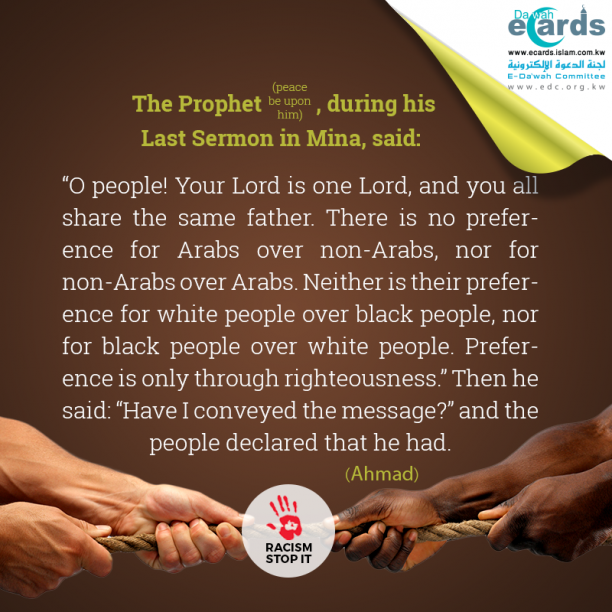